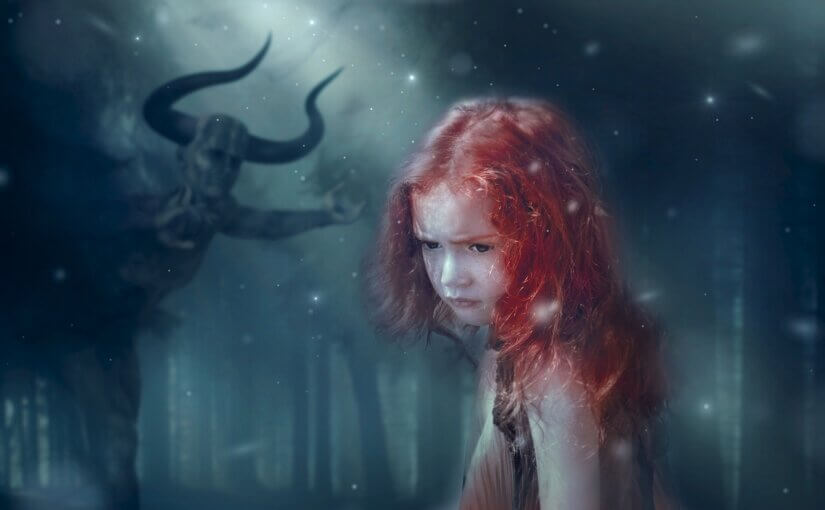 And these signs will follow those who believe: In My name, they will cast out demons; they will speak with new tongues. Mark 16:17 The devil and his army have to flee at the sound of Jesus’ name because there is so much power in that name. Jesus said that His followers would cast out demons in His majestic name. Jesus said that all power was given to Him by the Father. This means we have all authority in Jesus’ name and we are expected to use that authority.

Imagine in Jesus’ name, we have all power and authority over satan and his dark army. Remember the demoniac at the Gadarene? Here is the account: Luke 8:26-33 “Then they sailed to the country of the ]Gadarenes, which is opposite Galilee.  And when He stepped out on the land, there met Him a certain man from the city who had demons for a long time. And he wore no clothes, nor did he live in a house but in the tombs.  When he saw Jesus, he cried out, fell down before Him, and with a loud voice said, “What have I to do with You, Jesus, Son of the Most High God? I beg You, do not torment me!” For He had commanded the unclean spirit to come out of the man. For it had often seized him, and he was kept under guard, bound with chains and shackles; and he broke the bonds and was driven by the demon into the wilderness.  Jesus asked him, saying, “What is your name?” And he said, “Legion,” because many demons had entered him. And they begged Him that He would not command them to go out into the abyss. Now a herd of many swine was feeding there on the mountain. So they begged Him that He would permit them to enter them. And He permitted them. Then the demons went out of the man and entered the swine, and the herd ran violently down the steep place into the lake and drowned.

The legion of demons that controlled this human being were so terrified at the name of Jesus that they fell down before Him and cried “Don’t torment me”. They knew the power that the name carried and that at the sound of the name they had to flee. We carry that authority as well because Jesus resides within us. We dwell in Jesus and we carry the full authority of His name.

Jesus expects us to use His mighty name to cast out demons and take authority over satan at every turn and circumstance in our lives. In Jesus’ name, we have power to pull down strongholds and bind them out of our lives. James 4:7 says this “Therefore submit to God. Resist the devil and he will flee from you.”

We submit to God and Jesus by commanding the devil to flee in Jesus’ name and he must flee because of the power of His name. Satan runs at the name of Jesus. He has to.