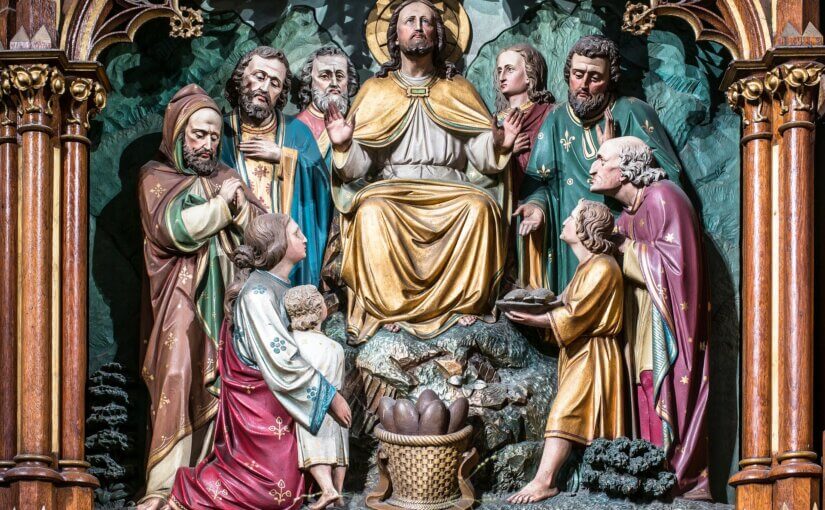 We are so loved by Jesus Christ and God the Father. How? Reading the Bible we will find countless ways how God loves us and calls us beloved. Zephaniah 3:17 “He Lord your God is with you,

the Mighty Warrior who saves. He will take great delight in you; in his love, he will no longer rebuke you,   but will rejoice over you with singing.” If someone is singing over you they love you. But what about God singing over you?

This is quite a thought that God sings over His children because He loves them so much. He takes great delight in us His beloved children. God loves us so much that He sent Jesus to die for us because God couldn’t stand that sin separated us from His intimate love. So, what did He do? He sent Jesus Christ to the earth with the sole intent of redeeming mankind from sin which separated us from God.

Jesus calls us beloved in one section of the bible it reveals that Jesus grieved over Jerusalem. Matthew 23:37-39” Oh, Jerusalem, Jerusalem! You murder the prophets and stone the messengers that are sent to you. How often have I longed to gather your children round me like a bird gathering her brood together under her wing—and you would never have it. Now all you have left is your house. I tell you that you will never see me again till the day when you cry, ‘Blessed is he who comes in the name of the Lord!”

He laments over Jerusalem that He longed to draw the inhabitants of the great city into His bosom so He could protect them and take care of them. He uses the analogy that He wanted to bring them under His wing as a bird brings her children under her wing to protect them. Why did Jesus love us so much?

It’s in His nature to love His children who He created in the beginning of time. How He grieved when we rebelled against Him and broke fellowship with Him. We were so close to His heart then we sinned against Him and separated ourselves from Him.

How a parent grieves when a child alienates himself from the parent and eliminates all contact with the parent. The parent is grieved because the parent helped to bring the child into the world and invested their lives in the child.

Well, think about how God created us in the beginning and gave us His life. He gave us His nature, name and character. He loved us unconditionally and He still loves us unconditionally. No matter what we do on earth in defiance to Him. He will never stop loving us and wooing us back to his loving embrace.

Listen to Matthew 15:13-32 “Not long after that, the younger son got together all he had, set off for a distant country and there squandered his wealth in wild living. After he had spent everything, there was a severe famine in that whole country, and he began to be in need. 15 So he went and hired himself out to a citizen of that country, who sent him to his fields to feed pigs.  He longed to fill his stomach with the pods that the pigs were eating, but no one gave him anything.

“When he came to his senses, he said, ‘How many of my father’s hired servants have food to spare, and here I am starving to death! I will set out and go back to my father and say to him: Father, I have sinned against heaven and against you.  I am no longer worthy to be called your son; make me like one of your hired servants.’  So he got up and went to his father.

“But while he was still a long way off, his father saw him and was filled with compassion for him; he ran to his son, threw his arms around him and kissed him.

“The son said to him, ‘Father, I have sinned against heaven and against you. I am no longer worthy to be called your son.’ “But the father said to his servants, ‘Quick! Bring the best robe and put it on him. Put a ring on his finger and sandals on his feet.  Bring the fattened calf and kill it. Let’s have a feast and celebrate. For this son of mine was dead and is alive again; he was lost and is found.’ So they began to celebrate.” God’s Word always says it best.