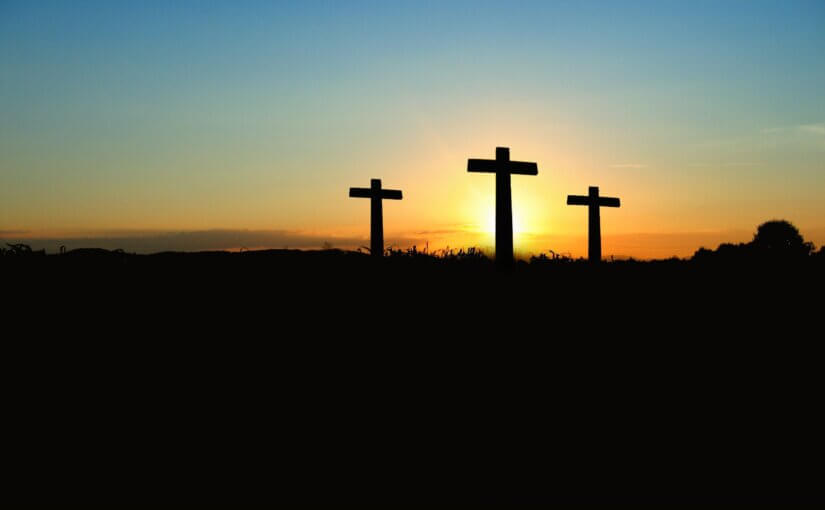 Therefore we also, since we are surrounded by so great a cloud of witnesses, let us lay aside every weight, and the sin which so easily ensnares us, and let us run with endurance the race that is set before us, looking unto Jesus, the author and finisher of our faith, who for the joy that was set before Him endured the cross, despising the shame, and has sat down at the right hand of the throne of God. For consider Him who endured such hostility from sinners against Himself, lest you become weary and discouraged in your souls. You have not yet resisted to bloodshed, striving against sin. And you have forgotten the exhortation which speaks to you as to sons: “My son, do not despise the chastening of the Lord, Nor be discouraged when you are rebuked by Him; For whom the Lord loves He chastens, And scourges every son whom He receives.” If you endure chastening, God deals with you as with sons; for what son is there whom a father does not chasten?  But if you are without chastening, of which all have become partakers, then you are illegitimate and not sons.  Furthermore, we have had human fathers who corrected us, and we paid them respect. Shall we not much more readily be in subjection to the Father of spirits and live?  For they indeed for a few days chastened us as seemed best to them, but He for our profit, that we may be partakers of His holiness. Now no chastening seems to be joyful for the present, but painful; nevertheless, afterward it yields the peaceable fruit of righteousness to those who have been trained by it. Therefore strengthen the hands which hang down, and the feeble knees, and make straight paths for your feet, so that what is lame may not be dislocated, but rather be healed. Pursue peace with all people, and holiness, without which no one will see the Lord: looking carefully lest anyone fall short of the grace of God; lest any root of bitterness springing up cause trouble, and by this many become defiled; lest there be any fornicator or profane person like Esau, who for one morsel of food sold his birthright.  For you know that afterward, when he wanted to inherit the blessing, he was rejected, for he found no place for repentance, though he sought it diligently with tears. For you have not come to the mountain that may be touched and that burned with fire, and to blackness and darkness and tempest,  and the sound of a trumpet and the voice of words, so that those who heard it begged that the word should not be spoken to them anymore.  (For they could not endure what was commanded: “And if so much as a beast touches the mountain, it shall be stoned or shot with an arrow.”  And so terrifying was the sight that Moses said, “I am exceedingly afraid and trembling.”)But you have come to Mount Zion and to the city of the living God, the heavenly Jerusalem, to an innumerable company of angels, to the general assembly and church of the firstborn who are registered in heaven, to God the Judge of all, to the spirits of just men made perfect, to Jesus the Mediator of the new covenant, and to the blood of sprinkling that speaks better things than that of Abel. See that you do not refuse Him who speaks. For if they did not escape who refused Him who spoke on earth, much more shall we not escape if we turn away from Him who speaks from heaven,  whose voice then shook the earth; but now He has promised, saying, “Yet once more I shake not only the earth, but also heaven.”  Now this, “Yet once more,” indicates the removal of those things that are being shaken, as of things that are made, that the things which cannot be shaken may remain. Therefore, since we are receiving a kingdom which cannot be shaken, let us have grace, by which we ]may serve God acceptably with reverence and godly fear.  For our God is a consuming fire.

Jesus the great forerunner endured the shame of the cross and was raised from the dead. He was glorified by God and sits at the right hand of God on high.

The Lord chastises every person he receives as a child but we don’t get discouraged because the Lord disciplines whom He loves and He disciplines us out of love. If we are not disciplined by God then we are illegitimate children so we love the correction of the Lord. We are corrected which is uncomfortable but it yields the peaceful fruit of righteousness.

God also corrects us so we will be holy as He is holy and He is looking to improve our heart condition and make us more loving toward the lost of the world. God is shaking the United States so that which cannot be shaken in the United States will remain.

All of God’s kingdom is unshakable and God’s kingdom will prevail in the United States and remember our God is an all-consuming fire who will consume all of the evil in the world.